The Illinois Chapter of ARCS® Foundation has granted awards to a total of nine scholars for academic year 2018-2019.  These scholars were selected from the five institutions that are our Chapter's Academic Partners:

Awards will be presented at the Scholar Awards Reception held on October 16, 2019. Click here to learn more about the event and to register! 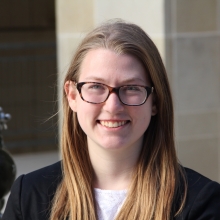 Rachel's research is focused on developing algorithms for a multivariable artificial pancreas (AP) for automated treatment of Type 1 Diabetes (T1D). The standard treatment for T1D involves people checking their blood glucose levels (BGL) an using an insulin pump or multiple daily injections to dose insulin to keep their BGL in a safe range. The AP automates this to automatically dose insulin based on BGL, insulin and other physiological factors like exercise and meals. Rachel is researching the effects that changes in sleep have eon daytime insulin resistance and glycemic control in people with T1D. She is developing an algorithm to help predict the amount of insulin the AP needs to deliver based on sleep characteristics of the previous night. In order to predict the optimal amount of insulin to be delivered, it is necessary to have an accurate , non-intrusive way to measure sleep time and sleep stages. Current fitness wristbands that measure sleep do not meet this standard. She has identified the most informative variables forma a wristband and is developing a classification algorithm to measure sleep time and sleep stages to a high degree of accuracy. These algorithms will be included in the multivariable AP for clinical testing. 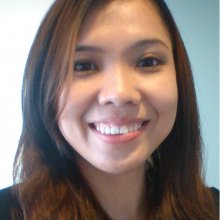 The focus of Mai's research is understanding and developing novel burn treatment. Severe burns in humans result in skin barrier disruption, excessive inflammation, impaired wound healing, skin bacterial microbiome dysfunction, and susceptibility to infection, sepsis and death. There is an important interplay between the immune system and skin cells to protect against pathogens and environmental damages. The immune system communicates with itself and other systems via small molecules called interleukins. Interleukin 22 (IL-22), in particular, is involved in multiple pathways and has been shown in prior studies to play a crucial role in the intestine barrier function after burn injuries. Mai is interested in studying the underlying molecular mechanism of how IL-22 mediates the inflammatory response and healing in burned skin and further defining its clinical implications. 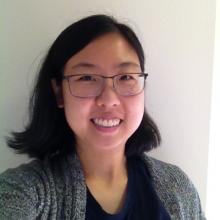 Jenny's research contributes to understanding protein function, which is important for treating diseases caused by protein mutations. Proteins perform a variety of functions, ranging from scaffolding for structural support, to enzymes that speed up  reactions. However, proteins are not static. Proteins move to perform their function, like an enzyme bringing two components together. I will work on describing motion in large sets of proteins. Jenny's goal is to find patterns in protein dynamics, sort the patterns into categories, and explore how motion patterns affect function. Improving predictions for changes in protein motion is important for studying mutated proteins in human diseases, designing drugs to slow down an overactive protein, or designing synthetic proteins to replace mutated ones. 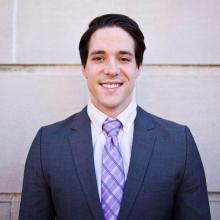 Jonathan is driven by the need to make drugs affordable and their manufacturing environmentally sustainable. Towards this goal, his research focuses on new ways to genetically engineer microorganisms (e.g. bacteria) as a tool to quickly and cheaply produce drugs using lignin, an abundant renewable resource. Lignin is a main structural component of plants, making it one of the most abundant renewable resources on Earth. Lignin can potentially be used for many purposes, including the production of drugs, but this is difficult due to its complex chemical structure. Fortunately, lignin can be broken down into a mixture of many smaller, simpler molecules. However, separating out the molecules we want from this mixture is very expensive. Therefore, Jonathan's research proposes (1) using a microorganism that naturally “eats” many of these molecules and (2) engineering the microorganism to convert these molecules into useful chemicals such as pharmaceutical drugs. 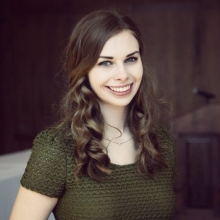 PhD in Materials Science and Engineering
Deborah A. Goldwater Scholar

Victoria's current project is understanding the decoration of a Roman-era (about 200 AD) Egyptian portrait mummy, which has a painted wooden panel over the mummy’sface. Portrait mummies are the earliest surviving Western portraits, and there is much that is unknown about how they were produced, who produced them, and where the materials in the paint came from. By piecing together elemental and molecular information, the team can identify the species of wood panel, the identity and condition of the organic binding medium, and degradation products that have formed over the object’s 2000-year lifespan. By combining large- and small-scale techniques, Victoria can determine the pigments used in each region of the portrait, as well as in each layer of microscopic cross sections sampled from the object. 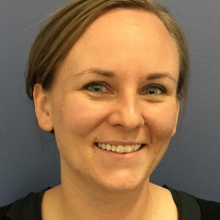 Heather's research focuses on the ecology and evolution of microorganisms that exist inside the vertebrate organisms, specifically birds. Her primary goal is to better understand the host-microorganism dynamic through several studies that investigate both the host and the microorganism. Fist, she is comparing the overall composition of the gut microbiome within a group of migratory birds to see what effect a changing environment has on the bacterial composition pf the stomach. Second, she is working to identify genetic differences within a portion of the innate immune system of birds that host avian malarial pathogens to see if and how the innate immune influences the probability of acquiring an infection. Finally, she is tracking avian malaria in a group of migratory birds over a period of 30 years to investigate how pathogen prevalence changes over time. 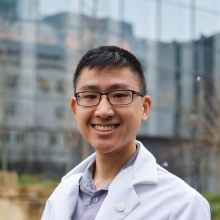 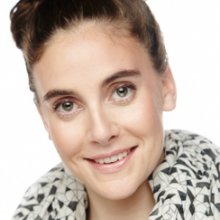 Kristen's research is on social computing: understanding how people make sense of algorithmic controls of their social media news feeds. Her most recent project uncovered a placebo effect for controls on social media – that is, they found that people are happier with news feeds where controls are present, whether they work or not. They also studied how people go about making sense of the controls. Future work will explore the design implications for controls as well as more deeply exploring the perception of agency by users, including the role of situational constraint on users and potential learned helplessness. This work has potential impact on our larger goal of designing for algorithmic literacy. Controls on social media feeds are one important area where algorithms impact users’ everyday lives, so understanding how users make sense of them can help us design systems that help users to better understand algorithms. 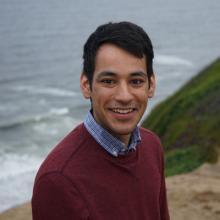 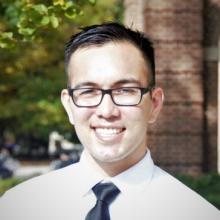 Molecular interactions at solid-liquid interfaces can have profound effects on the stability of species that form during catalysis and separations. These interactions become increasingly complex when the solvent and reactive species are confined within nanopores (<1 nm in diameter). Daniel's research focuses on understanding how the structuring and restructuring of solvent molecules within these nanopores during a chemical reaction leads to changes in catalysis. His findings have shown that the presence of polar “defects” within the pores of Lewis acid zeolites (i.e., an epoxidation catalyst) leads to increases in rates and selectivities for alkene epoxidation (a multi-billion-dollar industry) by a factor of 100. These results directly contradict conventional wisdom, that states hydrophobic pores leads to the greatest yields. His work has shown, non-intuitively, that the polarity mis-match between hydrophobic surface species and water leads to increases in stability, and thus higher rates. These findings and the conceptual framework developed will provide a broader understanding for interactions between solvents, surfaces, and reactive species, and provide a basis to understand how similar restructuring events may impact critical intermediates within other research fields.